The pros and cons of Wrought Iron Gates 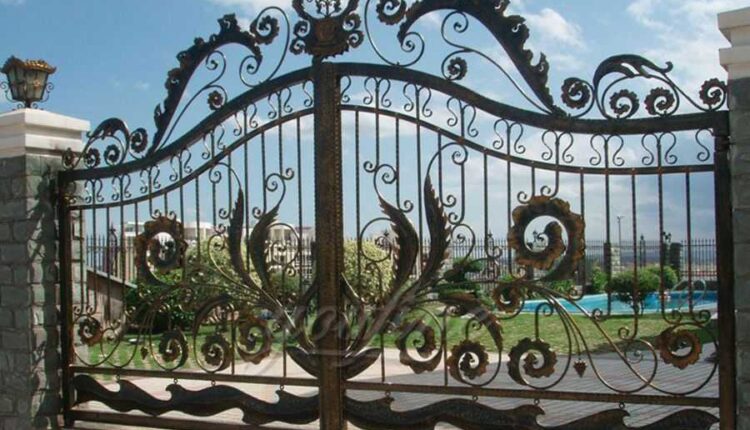 Since the days of old, security has been a big deal for humanity because people need to know that they can also sleep with their two eyes closed.So, they put in a lot of work in ensuring that they have a very well manned gate at the entrance of their kingdoms and also bolts behind their doors.

These would, later on, evolve to getting certain species of dogs for the safeguarding of things they consider value, but the case may be the security of lives and property is pretty much a big deal for man.

What are wrought Iron Gates?

Wrought iron gates are beautiful and highly secured railings that do not just help you with the security of your house but also helps in beautifying them. So basically, these are iron fences you have around your building for security purposes. Besides wrought gates, we also have those made of wood and of vinyl, but the focus here today will be upon wrought iron gates.

No matter how good a thing gets, it’s prone to having its perks and areas where it doesn’t do very greatly, same is the case of the wrought iron gates too, for all of its durability and longevity there are downsides too and some of these pros and cons are discussed as follows

Advantage: Wrought iron gates are much more durable than other types available in the market because they are much stronger and harder to bend, hence this makes wrought iron fence boise more difficult to penetrate by intruders from outside your homes.

Disadvantage: Even though wrought iron gates prove to be the most reliable and durable in the industry, it is quite on the high side when considering the very expensive, price tags on them in the industry

Advantage: Wrought iron gates have security tendencies but also they are known to beautify the environment wherein they are used. And also, quite notably they are easy to maintain as they can be painted and maintained just so that the days of corrosion are pushed further away. In simpler terms maintaining the wrought gates properly over time could allow it last longer than it normally would, before it begins to show signs of waning or rusting.

Disadvantage: Over time wrought iron fences begin to corrode, this happens over a lengthy span of usage, it can also be very delayed with several maintenance tips, one of such was earlier explained but the eventual corrosion of the gates becomes inevitable and can not be prevented.

The wrought iron gates remain the most sort after product in the market as opposed to the usage of wood or vinyl. Even though is expensive, it remains most preferred, but it is important to note that wood and vinyl are also not bad ideas for the purpose of security but they are in no way as safe as their wrought counterpart, however, the vinyl products are directly the next in line after the wrought product as they remain expensive and crucial.

It’s Time to Change Your Windows

How Do You Move a Lot of Hanging Clothes?