What Is a Telescopic Sliding Door | How Does…

Tips To Find A Skirting Board That Fits Your…

How to Negotiate When Buying A Home: A…

Why Rent a Stairlift Instead Of Buying 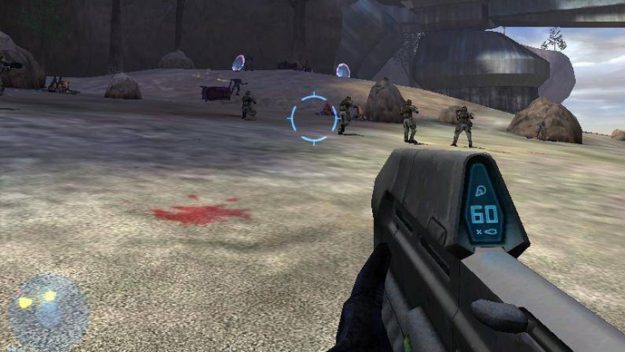 First-Person Shooter (FPS) games are video games that exclusively feature gameplay in a first-person perspective; that is, the player experiences the action through the eyes of the protagonist. The genre shares common traits with other shooter games, that’s why it is the preferred format of most popular action games. It’s really the closest experience you can get to actually shooting a gun in real life. What’s your favorite FPS game? Did they make the list?

Black Mesa is a fan-made recreation of Half Life 1 that uses the newest Source engine. It took 15 years for Black Mesa to reach version 1.0, but it was well worth the wait when it arrived in 2020. The remake is a redesigned version of the traditional single-player campaign, with no outmoded puzzles or fight scenes in order to provide a more concise experience.

The events in Black Mesa are reminiscent of a classic apocalyptic film. The Resonance Cascade’s developing, increasing terror is something that few other games have managed to convey. It’s certainly entertaining, but it lacks the depth and nuance of its predecessor. After completing a series of hazily stated objectives, it becomes obvious that you’re intended to command a resistance army against Earth’s new invaders. It’s still worth it to play though.

Although there’s no doubt that Half Life 1 is a terrific game, especially in the gravity of what it achieved for PC gaming, the gameplay isn’t flawless, but the modifications in Black Mesa fix that. If you haven’t played the original Half Life game and want to see what you’ve been missing out on, Black Mesa is the game for you.

Rainbow Six Siege is a tactical first person shooter which pits you against other players in close quarter combat situations. You will play as an operator from the Rainbow Six unit. The game uniquely blends traditional shooter elements with elements from the Real Time Strategy genre.

It’s more than just your average team based shooter. The constant learning, adapting and communication between teammates drives home the importance of gameplay elements such as positioning, teamwork and planning ahead. Players familiar with the Rainbow Six games will feel right at home while newcomers to the series will get a taste of the tactical shooter genre.

Even with how many FPS games we have available to us, Overwatch has been a big hit for Blizzard. Add in the fact that it has come out on all platforms (including consoles) and you’ve got yourself a recipe for major hits.

Blizzard Entertainment, the same company that brought you World of Warcraft, StarCraft, Hearthstone and Heroes of the Storm, has recently released its newest video game with a brand new IP: Overwatch. Overwatch is Blizzard’s first foray into the first person shooter genre.

Overwatch is a game about collaboration, not about who killed you or how many headshots you got. The weapons are unique as opposed to traditional shooter games that use the usual guns like pistols, machine guns and rifles. Rather you are given an eclectic mix of skills to save a critical sniper on the capture point as Mercy, or to push the payload ahead with Reinhart’s shield, or to somehow win a round.

Valorant is a free-to-play first-person shooter for Microsoft Windows developed and published by Riot Games. The game launched a closed beta stage with limited access on April 7, 2020, and was first announced under the codename Project A in October 2019.

Fans of CS:GO and Overwatch will recognize Riot’s hero shooter immediately, but that’s not a negative thing, as we explain in our Valorant review. Valorant has quickly risen to the top of the competitive FPS rankings, and it’s easy to understand why. There are a variety of bright-eyed heroes to select from, each with a set of helpful and well-balanced skills. The weapons used are similar to CS:GO (AWP,AK-47, Neon Rider , M4A4. etc).

The primary objective of nearly all FPS’s is to shoot one’s way through levels and enemies towards some sort of goal—which can vary from level to level or game to game—with the exception of some puzzle or quest-based games. In the world of videogames it doesn’t matter if you actually know how to handle guns; the thrill of beating a virtual enemy feels just as real and satisfying.

How to Make the Most of Your Garage

Unusual Sounds and Noises in Your House: What is Causing Them and How to Fix Them

Tips to Being A Sustainable Pet Owner

What Is a Telescopic Sliding Door | How Does It Work

Tips To Find A Skirting Board That Fits Your Place

How to Negotiate When Buying A Home: A Comprehensive…